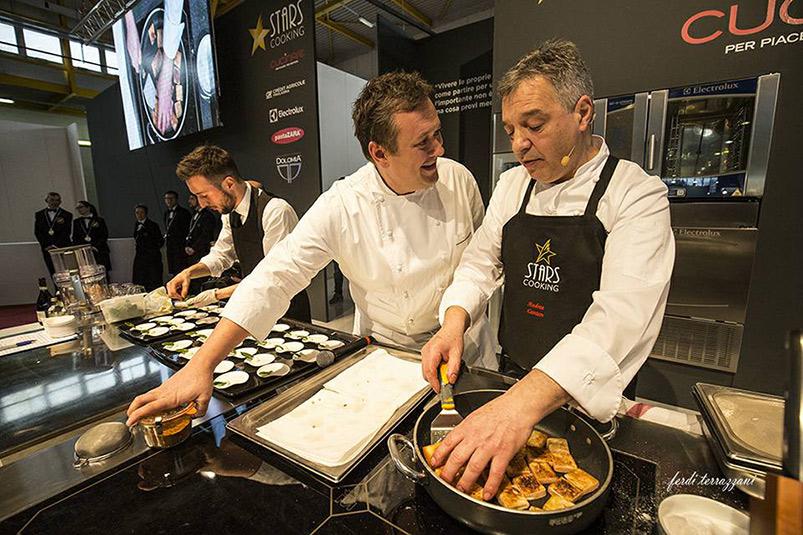 SHARE ON:
Tweet
Saturday February 11, Fabrizio Nonis presented starred chefs Andrea Canton ( ☆ ) of the restaurant "La Primula", and Emanuele Scarello ( ☆ ☆ ) of the restaurant "Agli Amici", who kicked off the 5th edition of "CUCINARE – per piacere, per mestiere", the Show enogastronomy and technologies for the kitchen in Pordenone Fiere.
It is a record edition, with more than 130 events, more than 200 exhibitors and visitors continues to rise.
The "Stars cooking" is the true heart of the event, with starred chef demonstrations internationally known and familiar faces of television.
TGR service with the interview of Andrea Canton.
GALLERY 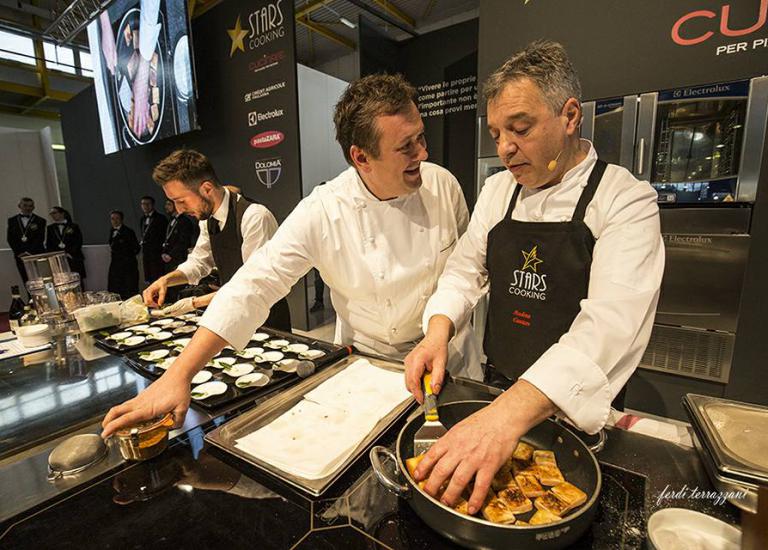 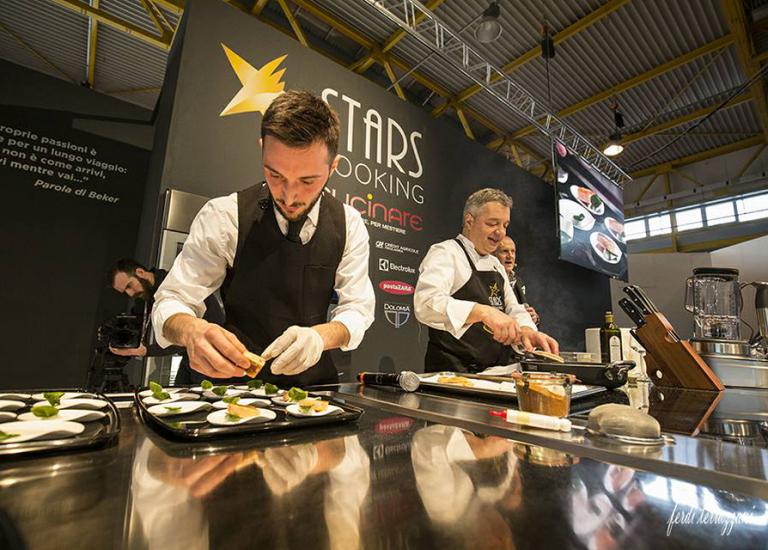 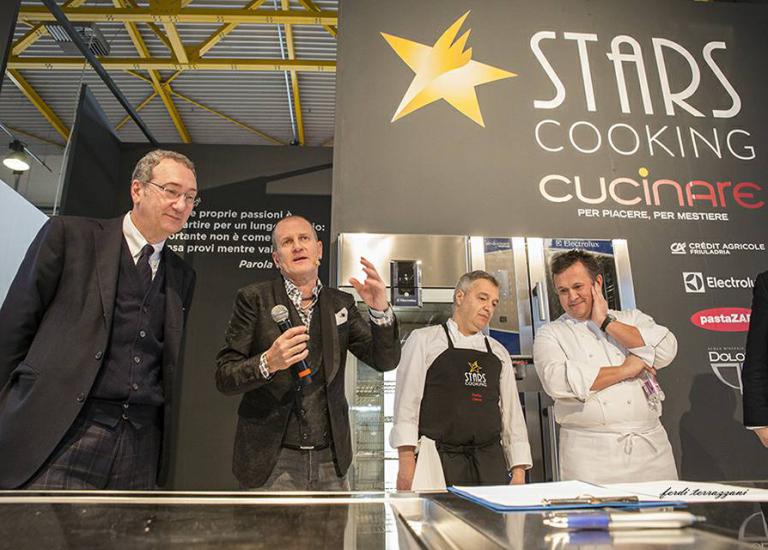 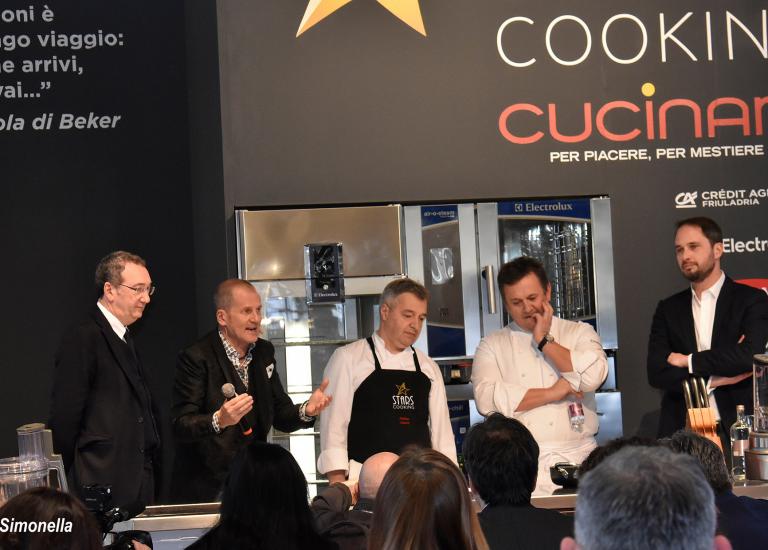 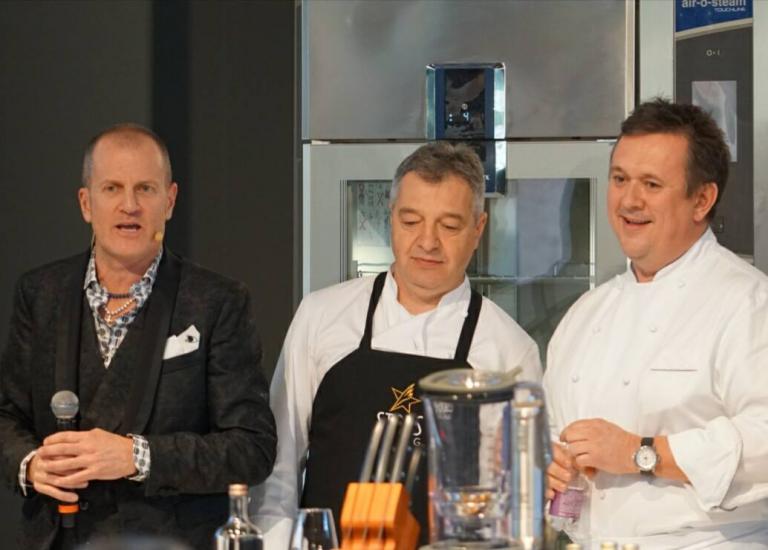 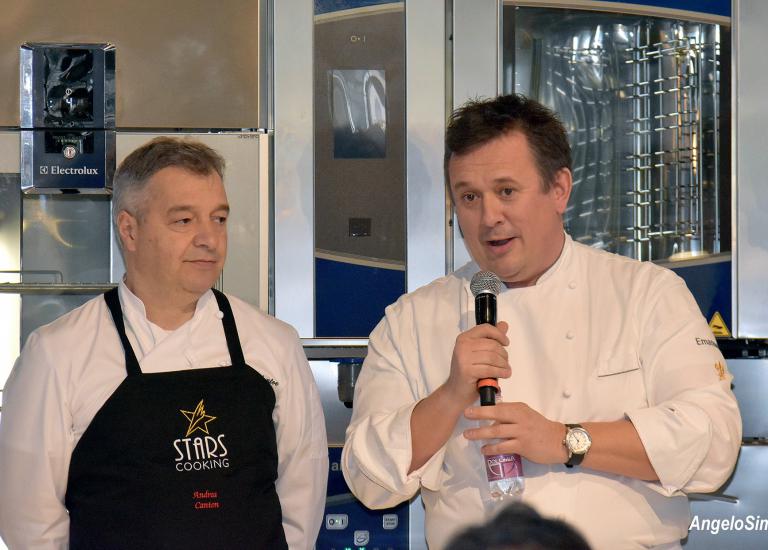 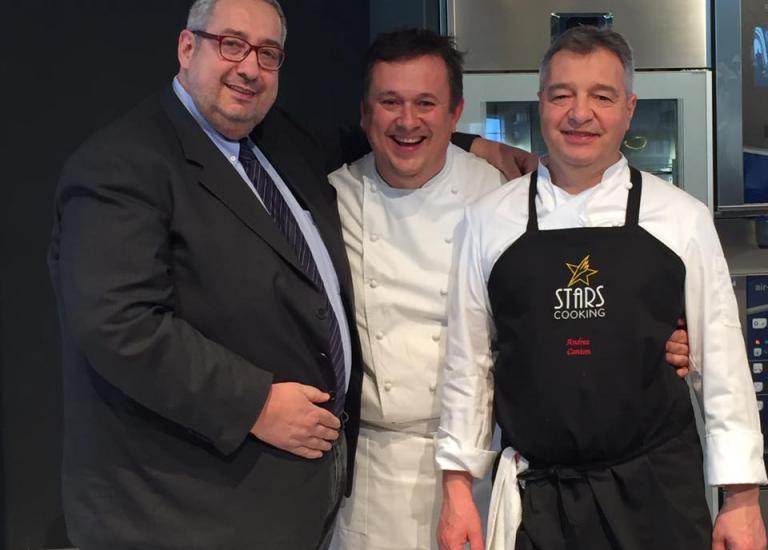 7/7
BACK
NEWSLETTER SUBSCRIPTION WAS SUCCESFUL!
WARNING! FILL IN ALL THE FIELDS TO REGISTER TO THE NEWSLETTER
NEWSLETTER
By registering with the service I agree to receive commercial communications.
SOCIAL AREA